Sugar is now added to over 3/4 of the food we buy in our supermarkets. You wouldn’t drink a cup of tea with 20 teaspoons of sugar in it, yet children today are eating and drinking almost that equivalent in their diet each day.

Sugar can be found in sliced bread, cereal, salad dressings, soups, cooking sauces and many other staple condiments that add flavour to our foods on a daily basis.

Sugar is also found in fruit and vegetables but it is the refined sugar that we need to be wary of, more than anything. Sugar only became part of our diet in the 1700s when it was brought on big cargo ships to the ‘New World’ and we are now consuming it more than ever before. 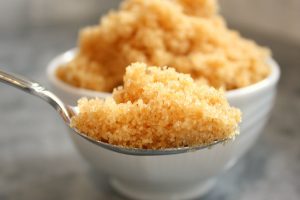 So how do I know what’s in my food?

Sugar refers to a large family of sweet tasting and very energy-dense carbohydrates. The simple sugars are glucose, fructose and galactose and the more complex sucrose and lactose (the last two are the most prevalent in our diets today).

You see, the more traditional Dietician and MD often base their nutritional diet plans on the old food pyramid, whereby normal ‘joe soap’ who sits at a desk for 9 hours each day is supposed to eat 7-12 portions of bread, pasta, cereal etc…even if he leads a sedentary lifestyle.

The more modern practitioner now knows a little more about our immune system- thankfully- and the benefits of a lower carbohydrate (sugar) diet is now becomming more mainstream.

In its most basic form, as human beings we cannot live without essential fats, we cannot live without protein- Sugar is an entirely dispensable food on the other hand. It does not play an essential role in our metabolism. Complex carbohydrates, such as starch, supply all of the glucose we need to function perfectly well, without the addition of fructose or any other sugars. Fructose, you see, is almost exclusively metabolised by your liver and therefore when we eat a lot of sugar, much of it is converted into fat. Fat build up in your liver can lead to all sorts of nasties, such as inflammation, scarring and even cirrhosis. Excess fat in your liver is also linked to insulin resistance- a precursor to diabetes. 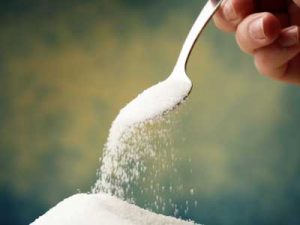 So what’s the big deal?

Fructose- which is found in fruit, for example, is converted into energy, but unlike the processes which take place when glucose is broken down, oxygen radicals are produced which can cause premature ageing in our bodies. If your diet is poor and lacking in nutrients ,you may not be producing enough antioxidants to ‘clean-up’ this reaction and your body remains in a state of constant inflammation, leaving your immune system lower than normal.

Now for the big punch home

Eating lots of fructose has been shown to boost your levels of triglycerides in your blood, which increases the risk of hardened arteries and heart disease- See studies by an Endocrinologist called Robert Lustig for more information on this subject-

Major critics who lobby against new diets, the lower carbohydrate lifestyle and the higher fat beliefs, often promote that if we eat well and exercise, then we can indulge in sugary drinks and snacks in moderation. This may be true but the simple fact is, you have no physiological need for sugar. Not at all.